I have follow the guideline of Mark Gilger WB0IQK and i have succesful repainted the cabinet of my new Drake B Line.

The cabinet arrived here whit some scratches and rusty.
Im started whit a cleaning on the bath... 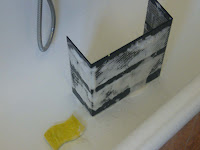 Here you can see the original condition of the cabinet.

And Here the final result! for my first attemp on painting art im very happy ! 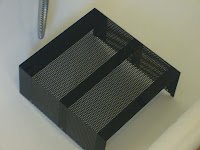 Look here where i have learn how to do this job. CABINET REPAINTING BASICS
This page it's just one of the marvellous web site of WB4HFN a gold mine for DRAKE collectors.
Pubblicato da Mario a lunedì, dicembre 29, 2008 Nessun commento: 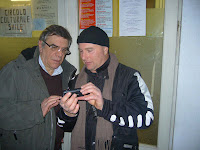 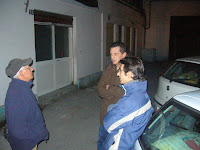 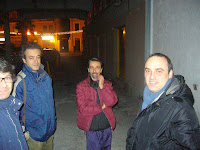 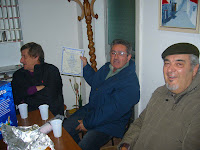 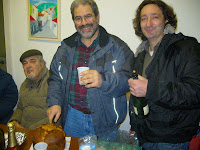 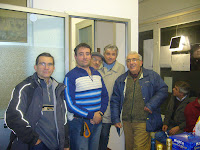 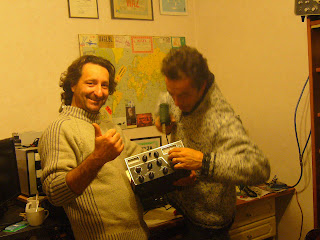 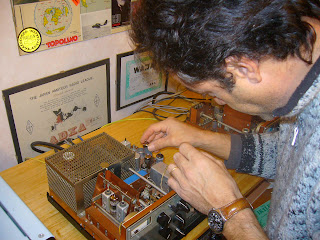 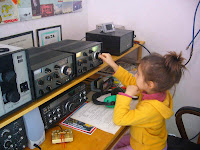 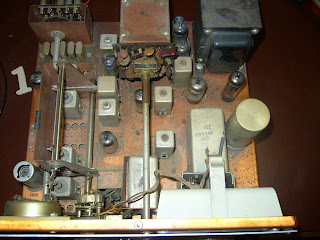 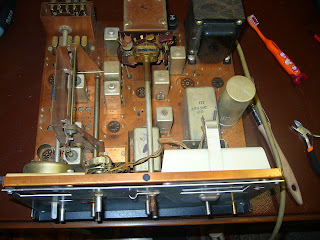 4K9W - Urgent Help Needed
What was not expected has unfortunately happened which has brought Vlad, 4K9W, into a personally very difficult situation. Certainly many DXer's do not know that Vlad, whom I know for over 20 years, is an invalid for over 30 years, has been bed ridden. Due to this fact he is naturally constantly dependant of respite care.

Now for already 4 weeks, Vlad's mother, who until now took care of Vlad, is dead. So now Vlad is alone without other relatives. At present, his friends and acquaintances from the neighborhood support him. However it is necessary to find a constant home care for him. If this is not possible from own means then the State will be compelled to move Vlad into a home for severely disabled persons in order to guarantee him minimum care to survive.

That would, however, also mean that Vlad, with unsurpassed optimism and joy for life would no longer enjoy different facets of his life: Amateur radio (almost QRV daily and along with CW and SSB also on PSK and RTTY for over a year now), communicating with friends for many years on Amateur radio airwaves, participating in contesting, and also on the internet. It is also expected that Vlad won't be able to take his very large QSL collection with him.
Alone in electronic form there are over 164,000 QSO's logged since the beginning of the 90's.

In the past few days, Vlad and his friends tried to find out how much with certainty his care would cost. The frightening result is that in Baku and the greater area, the cost would be $500-$800 monthly. To complicate matters, Vlad, where he lives, is about 30 km from the town center. However, invalidity pension (of highest classification) that he receives only amounts to $140 from which he must naturally also live (meals, clothes, electricity, and everything else needed).

Last week Vlad arranged an agreement with a woman who lives nearby and was known by him before to take the care duties for about $350.
Hopefully she'll be able and ready to do it for a long time.

The complexity of the problem is that Vlad needs montly assistance and the above costs accumulate each month. In principle one could say that this isn't so difficult. For approximately 20 helpful radio amateurs that would mean about $20 per month each. I will try to help him as much as I can, like I always did during all the years but $350 on a monthly basis are too much for me too.

Therefor, on behalf of Vlad, 4K9W, I make a call to all to whom his situation matters, to support this project that will keep him active on amateur radio. The most important part of the project is to help support his continued health needs. Naturally are we thankful to one time donors also.
Organization for relief to Vlad is planned so that money collected will go directly to the care givers. Thus, it is guaranteed that the support is used for his care by the health providers.

I fear that we will soon not hear 4K9W on the air without such support, and without such support he soon looses vital interest in life, even though his life over the past 30 years wasn't the best. For his willpower and desire to live, with over 20 years as his friend, I'm impressed.

The translation in other languages and forward to other mail-lists is requested and permitted. A copy would also be nice. 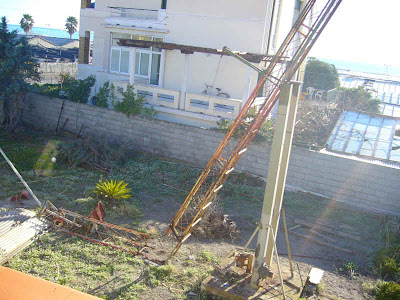 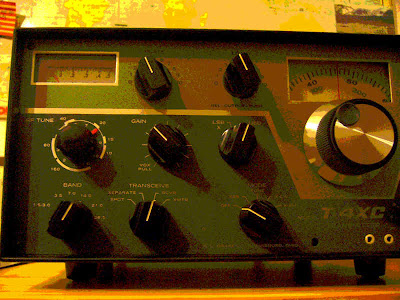 "The day I buy a ready made dipole, is the day I turn in my ham license."